In Amberg, Germany is one of Siemens Smart Infrastructure's factories for their Control Product organization. The factory is where Siemens' top-of-the-line industrial controls – the SIRIUS portfolio – are manufactured to supply the world of automated factories. Within the industry, it is one of the leading digital factories.

While almost the entire production is fully automated, there were some manual processes remaining, including the programming of PCBs. At the start of the production, this process was set up to be carried out manually, but due to growing demand a fully automated solution was needed. The challenge was to find a system that would fit into the production seamlessly.

The key drivers for Siemens were to increase efficiency, fully automate the programming of the SIRIUS products without wasting time in product changes, and the integration into an existing flying probe testing line. The main goal was to transform a traditional manual process into a modern, Industry 4.0 compliant, and fully automated one.

“As part of Siemens Smart Infrastructure, we are at the forefront of the factories of the future. We’re facing some challenges with the traditional production line and wanted to modernize and automate our entire process to be more efficient.”

The high-mix requirement in the testing phase was best met by the JOT M5 Test Handler and three custom-made M test boxes, allowing for automated testing and software flashing of 3 different product families without any human interaction – even with production lot sizes of one.

The automated M5 Test Handler was also equipped with an automatic product identifier to communicate with the factory network, telling the test handler which product PCBs are being run and to which test boxes they should be directed.

Each product family has a designated test box in which the testing and flashing happens automatically, before being sent out to the next phase or sorted out to the M5 Test Handler’s integrated Fail product buffer.

“After replacing the old manual process with the automated JOT inline solution, we have seen significant growth in the reliability of the process and have been able to ramp up production volume. The modularity of the M5 Test Handler can also easily accommodate our future products,” Wolfgang Heinz says, and continues: “We’re happy to have JOT as a partner and look forward to further cooperation in other products”.

Mika Puttonen, Solutions Manager at JOT, shares Wolfgang’s thoughts: “This was an interesting project for us that really shows how versatile and flexible the M5 Test Handler is. We’re glad that Siemens entrusted us with this task and we got the chance to work together in order to create the best possible solution that is designed for present and also future demands.” 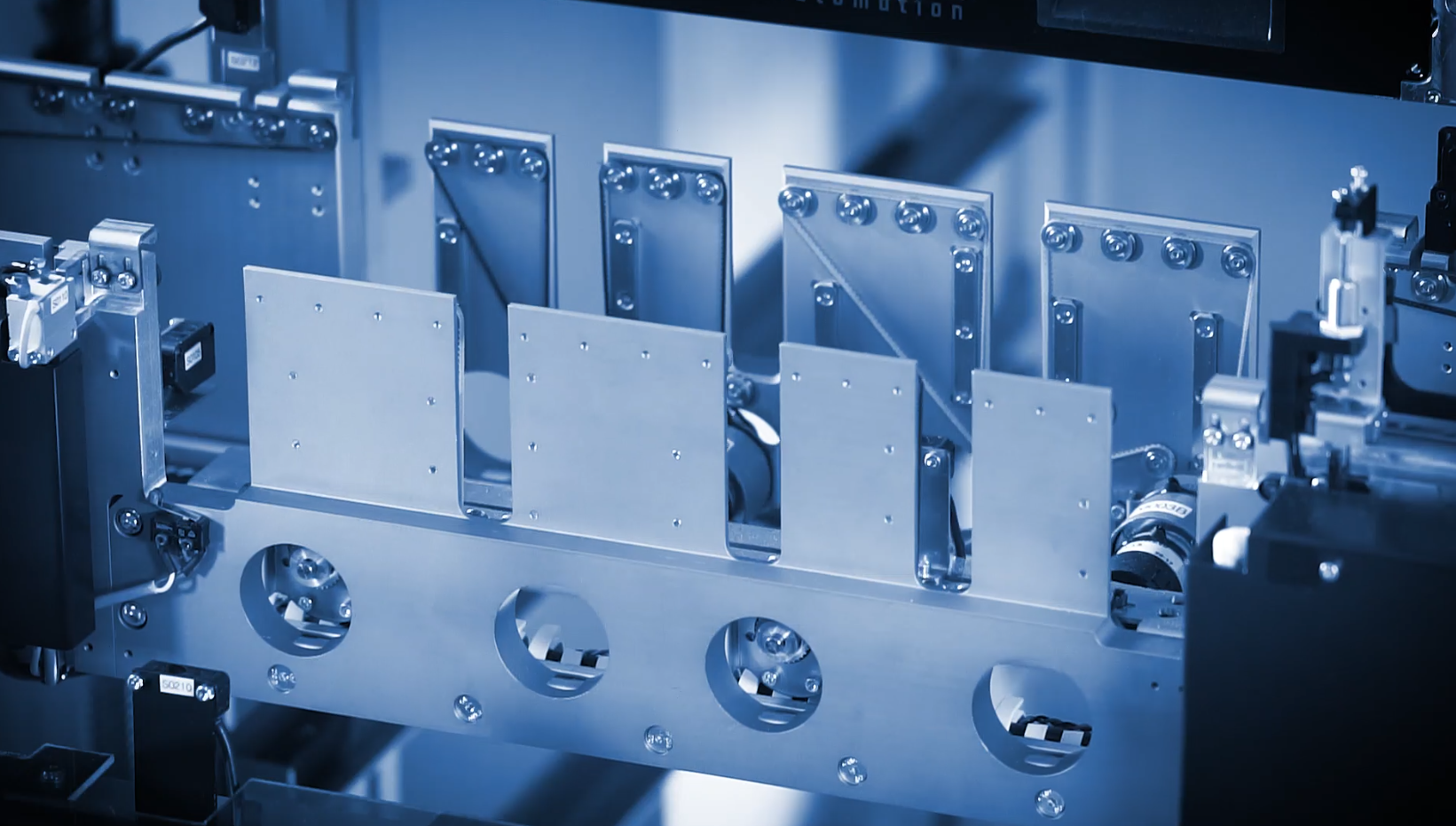